Have you ever had those dreams that did not make sense at first but as time passes and you look back at your life you realize that God wanted to tell you something through those exact dreams? Or maybe it was not you that had the dream but a friend and he or she told you about it because you were in it? I definitely have. When I look back at those times I’m amazed at how busy I keep myself and how little I actually stop and listen. Everything is done on the go. I don’t want to miss a beat. But despite of trying so hard I eventually realize that I’ve missed tons of “beats” by trying to not miss them and staying on top of things.

“Inside of a church sanctuary… I wore a clown mask and ran through the congregation. Suddenly I spotted a young beautiful woman, stopped right in front of her and grabbed her purse. She first smiled at me without hesitation, then I started to remove lipstick and a little mirror from her purse. I dug deeper and took out a piece of paper, as I kept digging I took out pieces of paper, gum, a note a friend must have written, a little bible, looked at it and threw it on the ground, even what appeared to be her journal. Finally I dumped everything on the ground, tossed the purse on the floor and took off. The girl baffled, with her stuff scattered on the floor, some of it intimate, sat there feeling robbed, as everything that was precious to her was investigated and then left for good.”

He sat up straight in his bed, realizing it was ‘just’ a dream. A few weeks later an older woman at church walked up to him and told him to be aware of what he’s getting himself into. Brushing it off as if it’s just someone trying to mother him he went on with life not thinking about it again.

Time goes by and he get to know this girl at his church. Being very attracted to her he started to pursue her and after a few months he began planning an elaborate and romantic engagement. Everything went according to plan. It all seemed very good from the outside. They both were approaching their 30ies and believed it was definitely time to get married. As time went by they got to know each other more and more, went to premarital classes and imagined life together in a deeper way.

Six months into it red flags started to pop up. Day after day both of them realized it wasn’t what it first seemed to be. The realization that this wasn’t of God even though it first looked like it started to sink in. Yes, they both loved God. Yes, they both were called to ministry. Nothing major happened that would have caused them to stop in their tracks. But they finally stopped and listened.

The girl broke up with him and he realized that he’s been fooling himself and her this whole time. At that moment he remembered the dream and realized God tried to warn him. 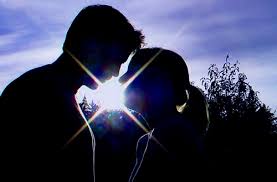 Now, left alone, they both found themselves at a place where they had to find healing. Experiences that were meant to build memories that last a lifetime were not treasured anymore but rather unwanted. They both gave parts of their hearts away that were meant for their true spouse not each other.

The girl and the guy got married on the same day one year apart to the spouses God had for them. She now lives life with her husband of her dreams (that she had known for years in passing) and gave birth to a beautiful baby boy.

I think this is a lesson learned for all of us. Be aware! Stop in your tracks and listen to the still small voice inside of you. Know that with faith and patience, even though it might be hard at times, God will reward you with His very best!!! Don’t settle for less than what He has stored up for you since before he ever created you. Know you are God’s precious child and He wants to bless you with a treasure, unique and wonderful just for you! 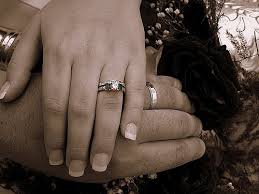 Tanja has a heart for reaching the lost, is passionate about seeing women become who God has designed them to be and seeing a generation discover their destiny and walk in victory. Having been a widow herself, her messages of life, purpose and victory in the midst of adversity are encouraging and are rallying a generation to reach the lost and brokenhearted. Read more...